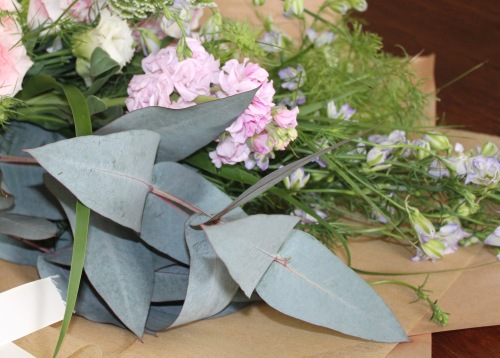 Around this time in the afternoon last Saturday, I called my favourite and only living aunt. When she didn’t pick up I called her back a few minutes later and spoke to a nurse who kindly took the phone to where my aunt was sitting in the sun in a corner lounge. ‘Are you coming?’ she asked, excited. When I explained that I was walking our dog on a bush track in Hobart, the excitement left her voice and we went on to familiar topics. My daughter was sailing in a Regatta near Launceston in the rain, my son’s ship was nearing the Shetland Islands; I was completing a manuscript and my husband was working too hard.

‘But’, my aunt said, ‘my second husband will be here any minute to take me home’. ‘Yes of course’, I said, knowing she’d been married only once. ‘Do you need to get ready?’ ‘No’, she said, ‘I’ll just wait here on the beach. He knows where to find me’. Getting wafty was nothing new. My aunt had been getting wafty for a few months now. What however I was never prepared for was her lucidity, which came and went at the same rate as her waftiness. ‘Mind you don’t let that daughter of yours get the better of you’, she’d say. ‘In no time at all she won’t need you’.

Last Saturday my aunt was extra lucid and super wafty. ‘What about those bandages on your legs?’ I asked, bringing her back to earth, knowing from chatting to the nurse that the sores on her legs were infected. ‘Oh, I don’t worry about them’, my aunt said airily, and turned the conversation back to my daughter. At that moment I wanted to call her back, to reach out physically through the phone to stop her slipping away. To keep her feet on the beach, on the reclining chair on the second floor of her nursing home. I knew I was being selfish. I knew perfectly well that if I was 91, sitting aimlessly through the afternoon with my legs bandaged from consecutive falls, nearly blind and unable to work the television in my room, eating food I didn’t like at boarding school hours, I too might feel that it was time to move on.

Every time I’ve ever called my aunt she’s sounded pleased to hear my voice. Thanking me for calling she’ll insist, in the next breath, that she couldn’t possibly be of use to anyone. My response, like a refrain, will be to point out how important she is to me and that she can never be replaced. However recently even hearing this from me isn’t enough to outweigh the soul-sapping losses that have accompanied her ageing.

On Wednesday afternoon, finishing up at my desk, I call my aunt. A man picks up. Confused, I apologise, thinking I’ve called the wrong number. After a couple of seconds I realise that it’s my cousin, my aunt’s only child. He quickly explains that Nina has lost consciousness and that the doctor reckons she hasn’t long to live. As we chat I imagine Nina in the next room – my mother died of pneumonia – and pray silently that her end, much as I can’t bear losing her, won’t be prolonged. Knowing my aunt’s wishes, and the presence of her family doctor next door, reassures me that it won’t be. I end the call, get up from the desk, leave my husband’s office and join the street, which seems a different street to the one I stepped out of a few hours earlier.

Refusing to decorate her room in the nursing home, my aunt always maintained, rightly as it turned out, that it wasn’t worth decorating because she wasn’t there to stay. She was going home. Every time I called she’d mention that she was waiting to be taken home; a taxi or her son might be arriving any time. It was as if in her mind her whole existence had become a clerical error. She had, as we say, lost her dignity. But more fundamentally she had lost her reason to live, taken off her like a visa at border control, leaving all those who her loved her looking on helpless and hoping like hell that such a fate doesn’t await us.

Like King Lear railing in the storm, my aunt refused to accept ageing – reality – as it is. Yet even as she railed, even as she agreed with me that she felt imprisoned on the second floor of her nursing home, she was capable, in her next breath, of radiating an emotional intelligence that I’d be proud to possess.

Thankfully, five hours after I spoke to my cousin on Wednesday afternoon, my aunt died.

There have been a finite number of people in my life who get me in the deep way that Nina did. She was able to see the good in me even when I couldn’t. She recognised when I’d been brave, and worried about my future. She was there for my kids too; her support of and interest in them was boundless. My husband too, though not as boundlessly.

Stuck in the limbo of not knowing what to do with myself in the hour after receiving news of my aunt’s death, I packed my bags and drove across the state to spend the night with my daughter who, in the middle of a long conversation largely unrelated to her great aunt, told me that she’d never been to a wedding.

Two days away from home work for me, even though they change nothing. Travel is perspective and there is much kindness to be found in others – especially when I don’t realise how much I’m in need of it.

Did my aunt, I wonder, as I walk around a neighbouring city, age well? No, not really. Was she good at living? Yes, absolutely, which is surely more important. Is she still with me? Yes and no. Certainly her spirit will live on, inspiring me to find time to draw and play piano and garden, and to embrace the transience of life.

Every writer needs an aunt who puts one of their books on the coffee table before a visit.