letter to my father 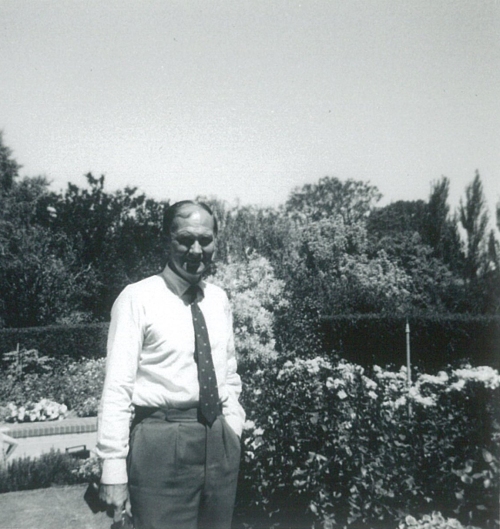 My daughter, who you never met but would I know like, is doing a project in English at school at the moment on the power of language. She holds out little hope that exploring what words can do will be of any great interest to her. This is because, as she likes to tell me, she is terrible at English.

So far this hasn’t stopped the two of us having long elaborate and sometimes painful conversations about growing up in my parked car, as we find a way through whatever it is in her life that currently preoccupies her – will her friends ever want to go on adventures, what will her life after school look like, what does it mean that her brother has gone to sea, what does fulfilment mean, and is she as clever as she sometimes feels or as stupid as her exam results tell her? The kinds of things that you were kind enough to talk through with me all those years ago, and that held me in good stead when you were gone.

Now of course I am grown up, or at least as grown up as you were when we talked about life on the darkened balcony of our beach house, with stars above and breaking waves below. Like me with my daughter, you never gave clear answers. But you were never afraid of my questions. And this meant such a lot to me.

In a way it seems silly that I am writing to you after such a long time. Although in another sense it seems remiss that, given how intimate you are to me, I haven’t kept in better contact. I could list straight away the things about my life I’m not terribly proud of, and that I feel you’d pick me up on. I am hopeless at keeping financial accounts! Why didn’t you push me on this more? And I often feel resentful in the kitchen in the hour before supper when I’m feeling tired and my family are squirrelled away doing something more pleasant than cooking or undoing the dishwasher.

I’m not sure why it comes to me now, but that afternoon you asked me, when I was nearing the end of schooldays, whether I would consider a future in the department store you were on the board of, I felt offended. How, I thought, could you think that I’d want to work in an airless building buying things that no-one really needed with just four weeks’ holiday a year? Looking back now I realise that you were testing the waters and that you were giving me the chance to consider a different kind of future. And not consigning me to a life of futile bulk buying.

I think I’m drawn to write to you now that thirty years have passed because my son, who you would also like, has just left on a long voyage. All the books that he was read aloud as a boy by his father led him to want something that he knew in his imagination was possible, yet barely dared hope for. And now he is doing the thing. He has stopped lying on his bed reading boat magazines and films on his phone and has found a ship that he wants to be on and that has a place for him. For my part I am wishing him well, all the while wishing that the tall ship he is on were thirty metres longer. As I imagine you, not a risk taker, would too.

My husband will soon be off on his own adventures. You would probably disapprove, but he has found that Italy speaks to him, and fosters his work, as deeply as a life at sea speaks to our son. And I am not stopping him. If he feels more European than Australian who am I to disagree? If his need to write undistracted is greater than anything else what can I do but respect this? He doesn’t go for that long, but it’s longer than a holiday and I have grown used to people’s reactions when they hear about his periods away.

This, my letter to you, is prompted by a deeper question which you wouldn’t have been able to answer but would have responded to. It’s a simple question. But stark too. When someone that I love goes away am I right to feel abandoned? The little girl in me, the bit that never grew up, just does feels abandoned whenever I’m left. It’s as if I’m powerless to feel otherwise. And yet even at the same time a more grown up part of me, the part that was good at English, understands that I can’t hang on to the people I love. I can’t stop them from wanting things that I can’t give them. I can’t shackle them to the spot in some eternal present, waiting for the next Christmas or for birthdays to come.

Besides I’ve also learnt, after many comings and goings, that when someone I love goes away a bit of space opens up that wasn’t there when they were around. Just enough space for me to start thinking about what else might be possible. There are, I now know, other people with whom I am happy. There are other people who need me – and not just my daughter. More than this, and this is harder to talk about, I have discovered that there are things I can only do when I’m not feeling quietly overwhelmed by the people I love most.

All those conversations in my parked car with my daughter brings me back to you. Just as when I talk with her, you didn’t have clear answers. And yet your comfort with my questions – my incessant why’s – always helped me through. I still don’t embrace change, any more than my daughter does. When our new neighbour sent a quote through yesterday, for a new fence between our gardens, all I could think of was the ivy and greenery that would be lost to her need for a cleaner division.

However over the years I have learned to bend rather than block. I have stopped trying to control my universe. I now accept something that you hinted at, which is that what we can bear is just as if not more important than anything we might want. And that bearing things well, without suffering them, is an art.

So here it is, my letter to you after all these years. Thank you for teaching me how to let go. And for showing me what words can do. And for being there. Hx 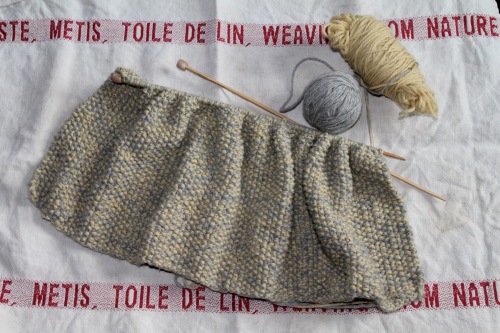 I grew up assuming that I would, if not change the world, make a significant impact on it. I set my sights on making a difference, on mattering in the minds of others. Forever one step ahead my ambitions kept me on my toes, restless, never quite settling in the moment. Now and then I’d listen out for my small still voice, but only in time off from study or work. With each passing year it was my work and goals that gave my life structure and meaning, and that drove me on.

Then I had two children whom I wanted more than anything to be around for. My world tilted. I was in this world to help them come into awareness, not to change it through making a difference. While existentially this was the right decision, in that it chimed with something deep in me, it was also a tough decision which led to quite a lot of anxiety and impatience. What was I to do with myself all that time that I was around for my family? How would it be to put my ambitions on hold while I encouraged my children to develop theirs?

Being around for my children in an open-ended way lasted about five minutes. I soon discovered that I was incapable of being there for them, selfless and loving, for any length of time. Right from the start I wanted something back from the time that we spent together. And I didn’t just want it, I needed it.

I’d always drawn and read in my spare time. I’d always taken a sketchbook on holiday. And I’d always enjoyed making things – that childlike part of myself had always been there for me. However before I had children I’d grown unused to her company, and it took a while to coax her back into the light.

It wasn’t just awkwardness before the blank page that held me back. The put-upon housekeeper side of myself was another bar. It was too easy, on a Saturday afternoon, to set up the craft things for my children and then pull out the vacuum cleaner for myself. It was simpler – it generated less resistance – to keep up with what needed doing at home than to make room for the looser, softer, playful sides of myself which took longer to access than the duster and broom.

Giving myself permission to push on creatively, knowing I couldn’t justify it in terms of my worldly ambitions, turned out to be just as much of an obstacle to expressing my creativity as finding time to sketch and cook and play the piano. While finding time was half the battle, overcoming my reluctance to get out my pencils, or find secateurs and head outside in search of flowers, was the other half.

I still cleaned the house. I still got satisfaction from keeping on top of housekeeping. However being house proud wasn’t, I realised, the only thing that mattered. It was up to me to carve out time to be creative. If only because those days when I did, those afternoons when I had enough time to do something creative, I always felt better for it, and so more pleasant to be around.

Often I have to be a little stern with myself to suspend the ‘this drawing is rubbish’ voice in my head, the voice that doesn’t give a jot for self-expression or personal satisfaction. It may not seem like it, from a younger way of seeing things, however I now accept that it takes courage and not just time to put the world at bay – even at home there is a world – for long enough to knit or draw. When I’m in the middle of a drawing it takes courage to override the voice in my head that would rather I brought in the washing than sketch in the shadows around the pear that I’m colouring as evening draws in.