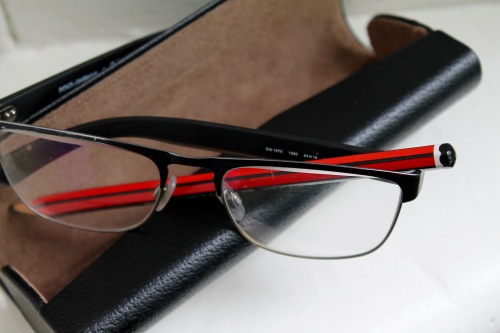 Late at night, when I should be tucked up in bed, I’d read stories on-line about the potential for harm to the retina from the blue light thrown by computer screens – particularly the way it suppresses melatonin and makes it harder to sleep. Snapping my computer shut and going guiltily to bed, I’d forget all about the blue light thrown by screens the next day. Until, two months ago, I read a fellow blogger’s post about her improved eyesight – she’s a journalist – after installing a blue-light cancelling filter on her laptop.

Around the age I am now my father asked me to read to him the daily share index from the newspaper, as I sat by his hospital bed after a cataract operation – months later repeated on his other eye. Cocooned by youth, never for a moment did I link my father’s eye problems with my own future eyesight. Till one day, earlier this year, I sat with my chin on a plastic shelf, looking into a new diagnostic retina camera, during a routine eye check-up, and heard an opthamology student mumble something about early signs of glaucoma to the assistant by his side. After a worried return visit, a more senior optician, who I usually see, set my mind at rest about early signs of cataracts or, worse, glaucoma – which my mother and aunt both suffered. The early signs of eye disease, picked up by the opthamology student, were shared by most people over a certain age; and, he reassured, weren’t a predictor of disease.

Nevertheless it was these memories that drew me to the journalist’s post about the benefits of blue-light cancelling software, and that led me to respond to the blogger’s urging to download free software. Looking at my laptop screen, after first installing this software – though I should admit that I asked my daughter to download it – made me feel as if I was wearing sunglasses inside the house. The screen had a yellowy hue. However I instantly forgave it because having it installed on my computer (and phone) lifted from my mind a weight I hadn’t known I’d been carrying. Installing blue-light cancelling software – which I adjusted to come on whenever my computer and phone is on, rather than as the sun goes down – had the immediate effect of stopping me worrying about eye disease in old age. I’m not so dim as to think a screen filter will shield me from eye problems, but I did feel that installing it was a form of insurance for my eye health into the future.

Three days later something unexpected, a bonus, happened. My eyes, which often felt irritated after working long hours on the screen, stopped feeling red and irritated, even after hours on the screen. Next I started leaving my glasses at home when I went out and worked on my computer. Having worn glasses on and off for years, I never imagined that I might come to need them less. Of course this software isn’t miraculous. I still read small print better with my glasses on. But I don’t need glasses the way I used to; mostly I can take them or leave them.

This leads me to wonder why opticians, and the media, aren’t more open about the potential benefits of blue-light cancelling software. Do we really want to raise a generation of squinty-eyed kids in need of eye surgery? Are we waiting for twenty-year controlled experiments to confirm word-of-mouth findings?

So here is my Christmas wish to you, dear reader. Install some free blue-light cancelling software, wait a few weeks, and see the difference! 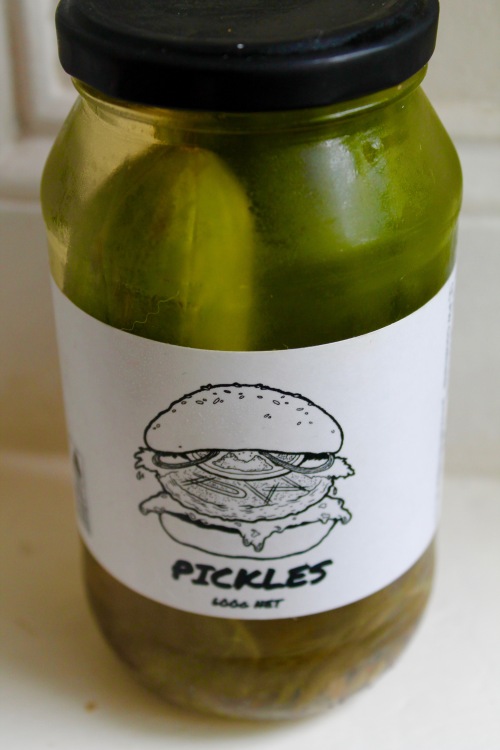 Watching my mother eating pickles on an open sandwich for lunch mystified me as a girl. How could she like eating something that was both salty and sweet? Yuk, I’d think to myself, as I tucked into my cheese and tomato sandwich.

Every year, around this time, in my part of Adelaide, home-made goodies would appear like mushrooms, tucked behind the wire screen and front door of our porch, out of direct sunlight. Pickled cucumbers with fennel, and onions stuck with cloves, were bottled and wrapped in an elaborate Christmas present exchange as complex as the bartering systems used by the Pacific islanders that I wrote essays about as an Arts undergraduate. Tiny rectangular cards with Christmas cheer would tell my mother who the gift was from, causing her to catch her breath when she hadn’t thought to wrap one for the giver. Shortbread biscuits, thinly disguised in cellophane, often didn’t make it through Christmas, pilfered by my sisters and me as they sat innocently under our decorated tree. White Christmas was another of my sisters’ and my favourites: golf-ball sized lumps of copha, glace cherries, icing sugar and rice bubbles. But the jars of pickled something always made it through Christmas untouched, before being stored, label out, in a cool cupboard.

The things you find exciting when you’re young often aren’t, the psychologist Daniel Goleman notes, the things that you end up liking as you get older. Yesterday, standing at the kitchen bench, eating slices of pickled cucumber, cheese and cabbage on bread for lunch, I caught my daughter out of the corner of my eye and imagined her having the exact same thought I’d had, all those years ago, watching my mother eat pickled guerkins: pickles, I sensed her thinking, yuk!

What we end up liking – be it pickles or botanical drawing or marzipan – generally isn’t what we found exciting when we were young. My liking for pickles – straight from the fridge with crisp vegetables and cheese – surprises even me.

Early this morning I caught the tail end of the ABC news on radio. As I stood in the kitchen making my breakfast, a four-boy choir, who’d just been interviewed in the radio station, sang ‘Once in Royal David’s City’. My husband was in bed in avoidance of an early dental appointment for a root canal. My daughter was also upstairs, waiting for me to leave the house with our puppy before coming down to have breakfast in peace. Rooted to the floor, I looked out the window as a 12-year-old soloist sang the first verse. By the time three other choristers had joined him I was in tears at the beauty, comfort and clarity of the impossibly high notes they were sounding, cutting through the news headlines, and my Scrooge-like attitude to Christmas, like so much shattering glass.

This, I thought to myself, is what Christmas is about. It isn’t about nuclear families cleaving smugly to themselves. It isn’t about fielding unwieldy emotional demands, making tasteful Scandinavian decorations, or buying guilt-induced presents. It always was and is still about transcending the ordinary. It is about living more deeply, tasting whatever is your equivalent of pickles, and giving back. Often, when Christmas carols are sung, I find myself wishing there were fewer verses. This morning, despite my hurry, I felt sad there were only four.